Beetlemania at the Bohart: Something Clicked

Something clicked at the Bohart Museum of Entomology open house on "Beetlemania" last Sunday afternoon at the University of California, Davis.

The Bohart Museum open house, from 1 to 4 p.m., drew 500 visitors, despite the fact that the event, timewise, clashed with the San Francisco 49'ers-Dallas Cowboys' 3:30 playoff game (to determine which team would advance to the National Football Conference championship game).

Football? What's that? Or, as one Bohart associate quipped: "In sports, there's a little round ball (baseball), and a little bigger round ball (basketball) and then there's this little ball with the pointy ends (football)." (He forgot to mention the teeny-tiny round "golf" balls and the medium-sized "soccer" balls.)

Wait, wasn't there a beetle score in there somewhere?

The Bohart Museum of Entomology, located in Room 1124 of the Academic Surge Building, 455 Crocker Lane, houses a global collection of eight million insect specimens, including a million beetles.  Directed by Lynn Kimsey, UC Davis distinguished professor of entomology, UC Davis Department of Entomology and Nematology, the museum also houses a live "petting zoo" (Madagascar hissing cockroaches, stick insects, tarantulas and more) and a year-around gift shop. The Bohart is open to the public from 8 a.m. to noon, and 1 to 5 p.m., Mondays through Thursdays. 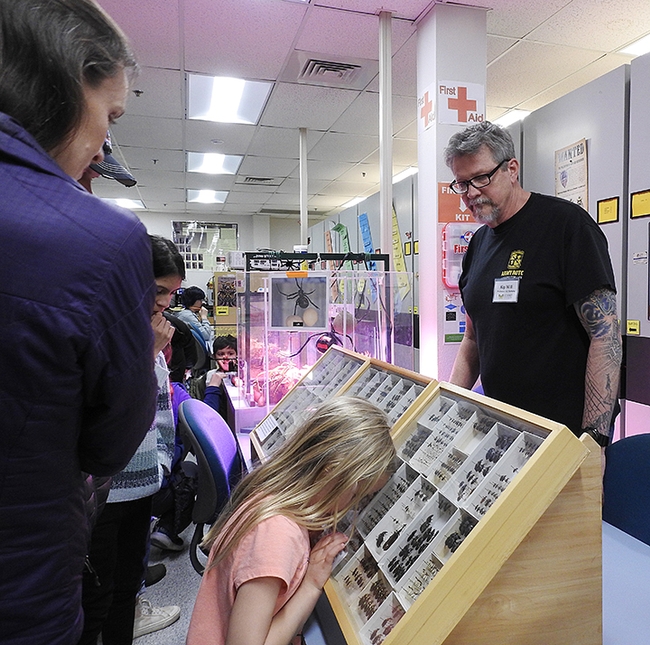 An enthusiastic little girl (future entomologist?) buries her head in a beetle display at the Bohart Museum open house, much to the delight of UC Berkeley associate professor and carabid beetle specialist Kipling "Kip" Will. (Photo by Kathy Keatley Garvey) 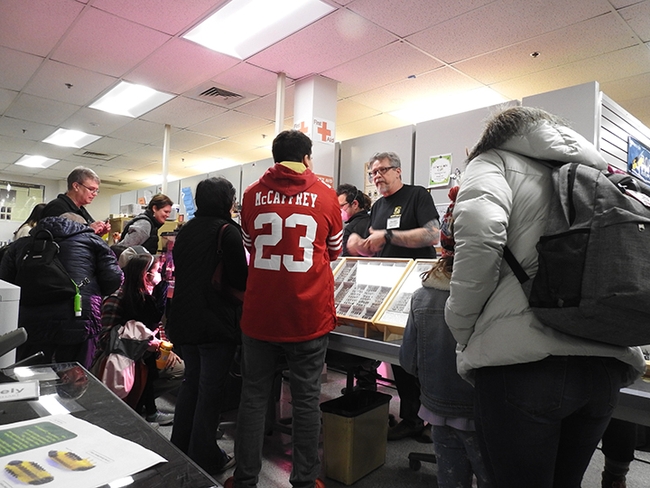 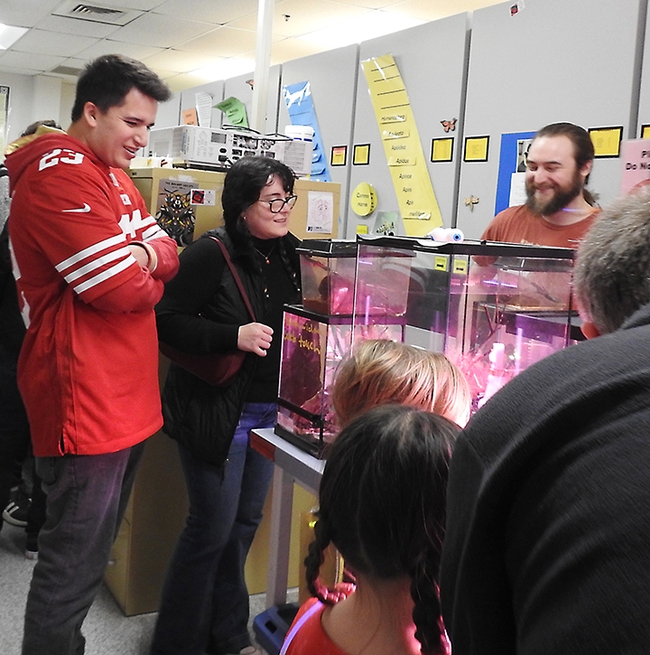 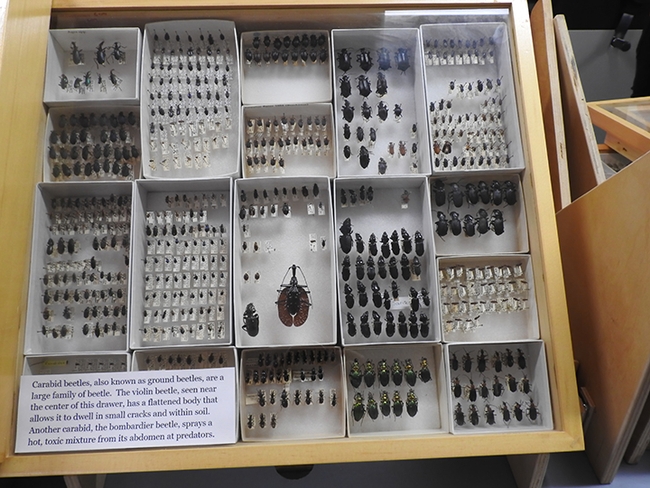 A collection of carabid beetles displayed at the Bohart Museum of Entomology. (Photo by Kathy Keatley Garvey) 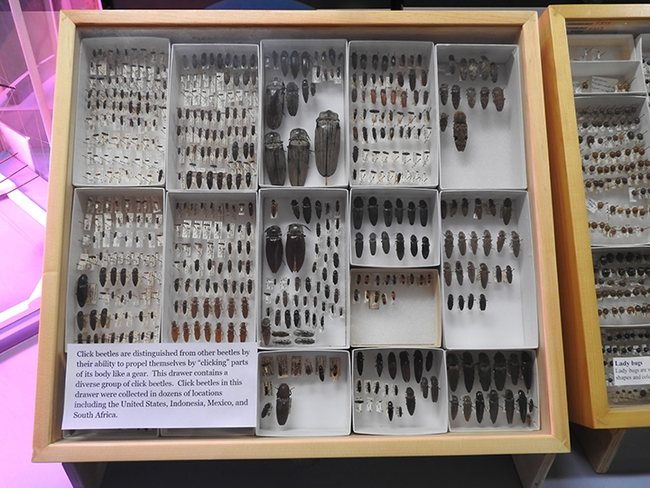